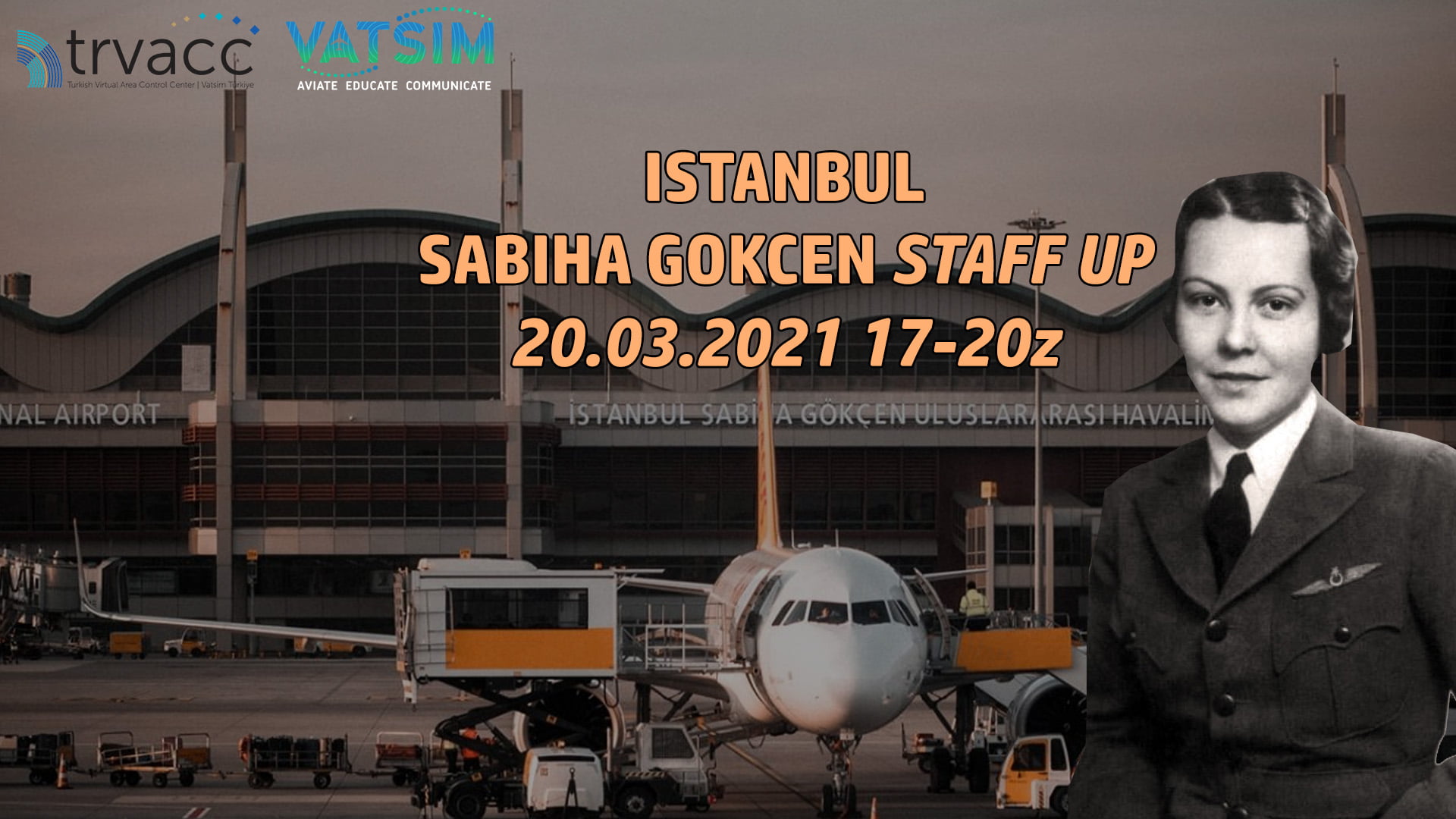 Come and fly in or out of Turkey’s second busiest airport – Istanbul Sabiha Gokcen Airport (LTFJ/SAW) while we commemorate Sabiha Gokcen on her birthday.

Sabiha Gokcen was the world’s first female fighter pilot and the first Turkish female pilot. She was the adopted child of Mustafa Kemal Ataturk – the founder of the Republic of Turkey. She has over 8000 flight hours logged as well as joining 32 different military operations. After the death of Mustafa Kemal Ataturk, Sabiha Gokcen has left the army and joined Turkkusu Flight School as an instructor. She passed away back in 22nd March 2001 in Gulhane Military Medical Academy at the age of 88.

We, as Turkish vACC will be commemorating her in 20th March 2021 between 17z-20z by fully staffing LTFJ – Istanbul Sabiha Gokcen Airport. Since Sabiha Gokcen has only one runway and high load of traffic, expect to hold over various approach fixes which will take you through the point merge system to the final approach!

We use cookies on our website to give you the most relevant experience by remembering your preferences and repeat visits. By clicking “Accept”, you consent to the use of ALL the cookies.
Cookie settingsACCEPT
Manage consent

This website uses cookies to improve your experience while you navigate through the website. Out of these, the cookies that are categorized as necessary are stored on your browser as they are essential for the working of basic functionalities of the website. We also use third-party cookies that help us analyze and understand how you use this website. These cookies will be stored in your browser only with your consent. You also have the option to opt-out of these cookies. But opting out of some of these cookies may affect your browsing experience.
Necessary Always Enabled
Necessary cookies are absolutely essential for the website to function properly. This category only includes cookies that ensures basic functionalities and security features of the website. These cookies do not store any personal information.
Non-necessary
Any cookies that may not be particularly necessary for the website to function and is used specifically to collect user personal data via analytics, ads, other embedded contents are termed as non-necessary cookies. It is mandatory to procure user consent prior to running these cookies on your website.
SAVE & ACCEPT